"Will power" my arse - How men are not superior 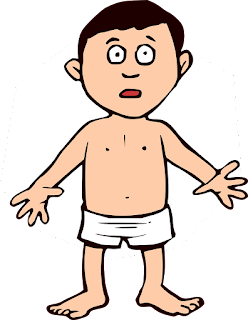 I'm not sure about other relationships but ours is a constant battle ground of proving who is more intelligent, who cooks the best food, who is the best at mindless trivia, who empties the dishwasher the most, who changes the cat litter and who has the most will power.

To be fair my husband probably tops me at most of this but nothing surprised me more than my husbands recent demise at completing a 3 week detox programme.

Now before I go on, this detox programme was not one that I have ever seen described as a detox before. Yes there were a few odd smoothies and herbal teas to endure but all the way through he was allowed cooked protein, even some carbs, and things to make things taste nicer like seasoning, olive oil etc. Basically it was a piss easy version of a detox designed for men so that they might endure it to the bitter end.

Of course the main point of the detox was to assist the liver and kidneys, which in my world means cutting out alcohol, which to be fair my husband did attempt in the majority, but he insisted that the instructions allowed him to have "a glass" of red wine "if he absolutely had to".

I am not sure what "absolutely had to" was meant to mean, but I am guessing it was intended for important events where one simply cannot avoid alcohol - like toasting your daughters wedding, or sealing the biggest business deal of your career - and I was also assuming that "a" glass meant one glass, only once. But during this journey of early pregnancy I have learnt new things about alcohol abstinence and indeed will power that I really didn't expect to learn, and they came mostly from my husband and his detox.

I was so pleased when my husband announced a 3 week detox, it would make my abstinence so much easier. I've been pretty good at this abstinence thing. During this pregnancy I have sworn myself off whole glasses of wine for the first trimester, only allowing myself a small sip here and there (admittedly one night I might have had quite a few small sips and technically it may have amounted to a whole glass but it was over about 3 hours, so that doesn't count as a full glass in my book).

The first week of hubby's detox went well, encouraging me to eat more healthily and I barely noticed the lack of wine at the dining table but then a curious definition of "absolutely had to" came to light, and I also learnt a new definition of "a glass".

My husband went to play snooker with a friend, he genuinely drank soft drinks all afternoon, sticking to his rigid detox plan...until he got rained it at the club. At this point he decided that the "one glass" rule could be applied and messaged me to say he would be late home because he was sharing a bottle of wine with a friend whilst the rain passed.

I pointed out immediatley that sharing a bottle of win was more than "one glass" but he assured me that he used the same glass for each portion of the wine bottle he consumed....therefore no rules of the detox had been broken.

The difference between men and women was clear to me the following day, because had that been me I would have totally caved the next day descending into a carb loading wine binging frenzy for the next few days, telling myself that I'd have more will power next time. But no, my husband genuinely believed he did nothing against the detox plan, following the rules to the letter and therefore swiftly picked up where he left off....for 6 days.

At this point a really bad day in the office seemed to fit the definition of "absolutely had to" and sticking to his rule that as long as he used the same glass for every top up, he was once again not breaking any rules, so he consumed his way through a couple of bottles of wine with a friend.

But of course, he was immediately able to get back on the detox horse the next day because...he had't broken any rules again.

Well today was the final straw and even he admits that his will power is bereft of more energy and excuses. At 2 weeks and 2 days he finally admits that he wants some alcoholic drinks tonight and I can only assume that he cannot keep using the same glass, maybe he wants a beer and a glass of wine? so he has announced the final and sudden end of the detox.

Thankfully it means that I can now eat my chocolate biscuits and buttery toast without feeling guilty, but unfortunately he doesn't seem to have the same sense of guilt drinking a glass of wine in front of me...so, "yey"?! to the next 7 months of pregnancy and alcohol abstinence, "woopie"!?

And the point to all of this ranting...I friggin rock the battle on will power right now!

Email ThisBlogThis!Share to TwitterShare to FacebookShare to Pinterest
Labels: #stayclassymama