My 'offline' pregnancy bible throughout this journey has been the book by Lesley Regan called "your Pregnancy week by week", it has been my friend and confidant on many nights ...

As I hit the Third Trimester section Lesley writes "you will probably be starting your antenatal classes now - most hospital-run classes have start dates every four weeks and recommend women start their course between 30 and 32 weeks".

Panic! Where do I find Antenatal classes, in English, in Bangkok??? 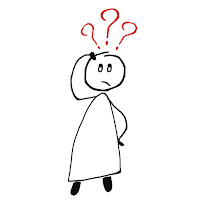 Images of going into labour with nothing but my midnight reading material to refer to, and a wet behind the ears hubby, filled me with dread, especially in a different country.

So I asked my hospital ... but this seemed to land on deaf ears, despite the billboard they had blazoned in the waiting room.

I submitted my email address and waited for them to contact me, and I waited, and I waited, and I waited. Then I complained, and complained again. Then I found the contact for the Expat Marketing Manager and discovered that classes had not been running and, as is usual for Thailand, they had been hoping the problem would go away and nobody would ask. Eventually I was informed that they would have a Doctor performing the classes in April...yey, I would be 7.5 months pregnant then but better late than never.

I wanted to learn the hospitals policy on key aspects of child birth, things that I knew may be contentious, but often important to expats.

What I actually learnt was somewhat of a surprise and mostly useless to me:

So, was I prepared for child birth....hell no!

Back to the books and reaching out to private, expat, birth professionals in Bangkok.

For more information and options for antenatal eduction click here